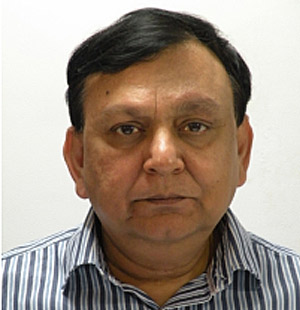 Currently , The technical and the channel setup advise is being Managing Director of Care World TV India and Co-Founder of Care World TV, Ajit is a pioneer and recognized professional in Satellite and Cable Channel space in India with vast experience in building and creating niche channels.

He provides ideation, studio infrastructure, graphics and on-air packaging and content from India and produced in the USA and is responsible for ideation; complete studio and infrastructure and manpower support as well as content from India including graphics and on-air packaging of all programs to be produced by US-based Doctors.

He will help the air time ad sales from India of medical practitioners and vendors looking to scale overseas for their Ayurvedic and nutrition supplements and consultancy services. In his quest for differentiated programs, Co-Founded Asia’s first Health channel-Care World TV USA – and is continuously redefining the role of every day Television in the lives of millions in the Health Care sector.

He served Government of India for more than 18 years in the Ministry of Information & Broadcasting and started his career with the SITE project when the satellite was utilized for broadcasting a TV channel.

He served as Deputy Director, Directorate of Film Festivals, and International Films Festival of India and traveled to Hungary, Egypt, Iran, and Japan under the Cultural Exchange Program.

Conceived and implemented Music Channels such as Music Asia, CMM Music. Identified the “niche” for spiritual knowledge and launched the concept of free to air –
The Aastha Channel- providing the impetus for more than 9 channels available now of similar genre. General Entertainment Channels also adopted the concept of their programming. He studied Broadcast Management in 1985 under UNESCO fellowship at BBC UK.

The long-range strategy for achieving the Channel mission to promote Health, Wellness and Integrative Medicine for the benefit of the Community in an ethical and credible manner.Recommend and assist in Production of Medical Content by providing their expertise and networks in their domain and connect the Channel with their colleagues in various discipline.